Congratulations to cfaed PhD student Marcus Richter for being honored with one of three prestigious ACS Nano Poster Prize Awards at the ChinaNANO 2017 in Beijing, which was held between August 29-31. He received it for his poster on “Polycyclic Azomethine Ylides as Versatile Building Block for Unprecedented N-doped Nanographenes”. A total of over 800 posters were pitching at the conference. The prize was handed over by Prof. Paul S. Weiss (founding Editor-in-Chief of ACS Nano) during the closing session. Marcus Richter, who was supported by the cfaed Inspire Grant, visited the chairs of Prof. Carlos-Andres Palma, Prof. Shixuan Du and Prof. Hong-Jun Gao at the Institute of Physics at the Chinese Academy of Science in Beijing for two months.

Published monthly, ACS Nano is an international forum for the communication of comprehensive articles on nanoscience and nanotechnology research at the interfaces of chemistry, biology, materials science, physics, and engineering. Moreover, the journal helps facilitate communication among scientists from these research communities in developing new research opportunities, advancing the field through new discoveries, and reaching out to scientists at all levels.

ACS Nano publishes comprehensive articles on synthesis, assembly, characterization, theory, and simulation of nanostructures (nanomaterials and assemblies, nanodevices, and self-assembled structures), nanobiotechnology, nanofabrication, methods and tools for nanoscience and nanotechnology, and self- and directed-assembly. 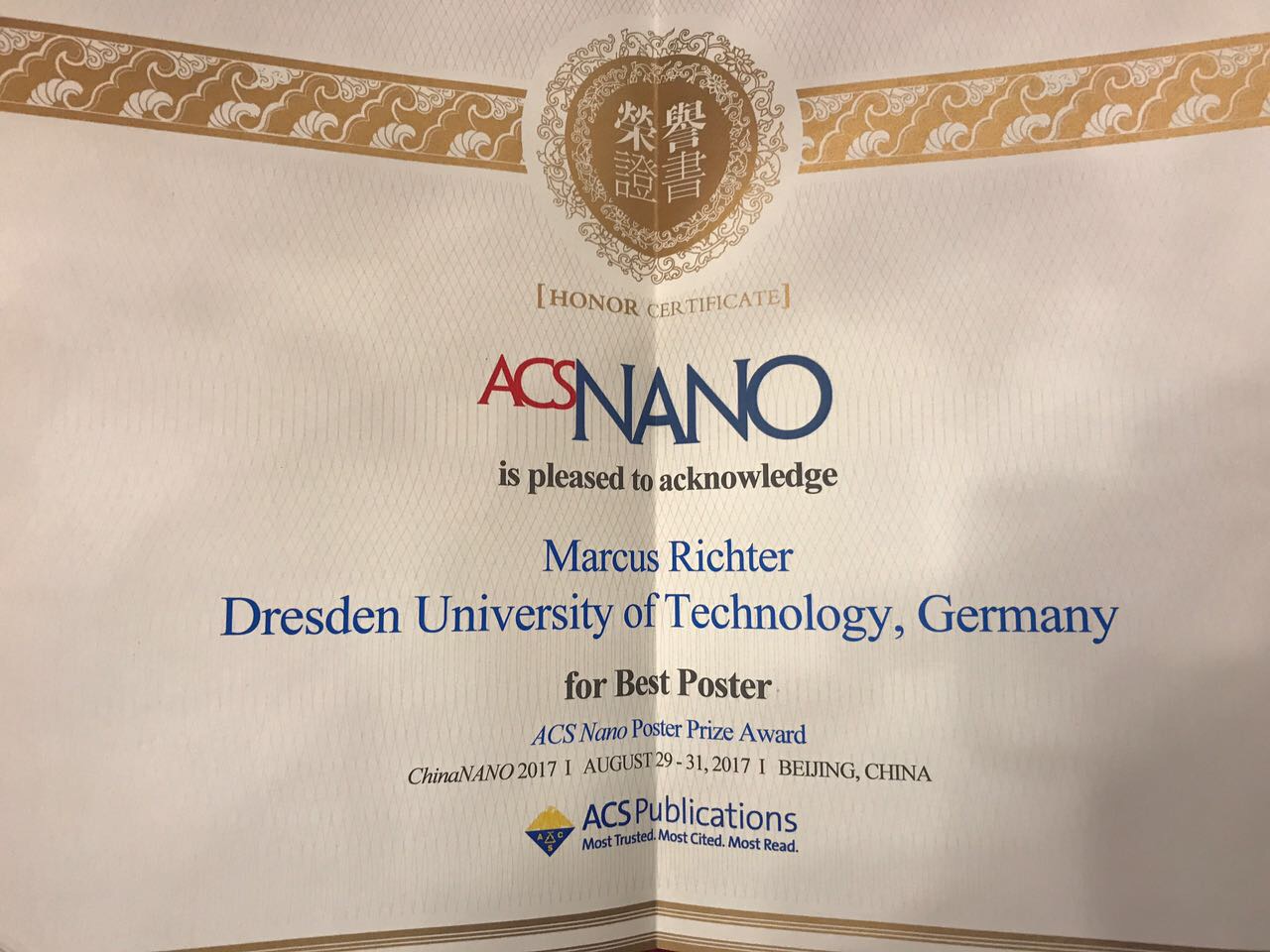