Paper about M3 accepted at ASPLOS 2016

M3 (microkernel-based system for heterogeneous manycores) is an operating system, which is designed to support arbitrary cores as first-class citizens. That is, M3 provides spatial isolation and access to operating-system services on each core. This is achieved by abstracting the heterogeneity of the cores via a common hardware component per core, called DTU. Both isolation and operating-system services are provided at the network-on-chip level, so that they are available to all cores, independent of their internals. Now, the M3 paper [1] has been accepted at ASPLOS 16, the top conference on co-designing hardware and operating systems. The paper describes the co-design of M3 and the DTU as a new point in the design space for operating systems, which has advantages when integrating heterogeneous cores, and demonstrates that the performance does not suffer. In fact, M3 even outperforms Linux by a factor of five in some application-level benchmarks.

M3 is currently running on the Tomahawk2 chip, the simulator for the next generation of Tomahawk, Linux (by using it as a virtual machine) and gem5. Furthermore, it is available as open source. 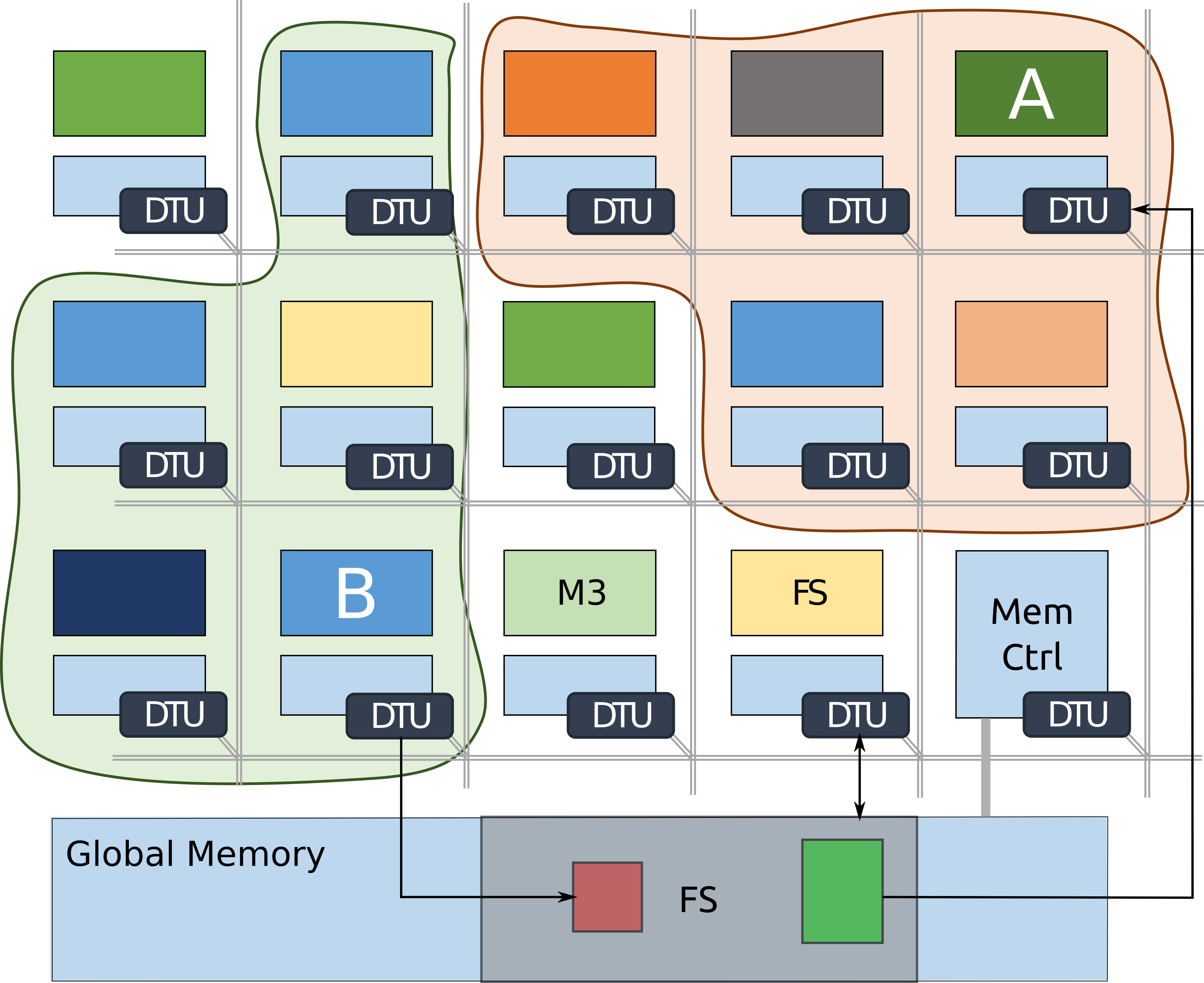 The figure above shows an example platform with many heterogeneous cores (colored boxes), each having a local memory (light blue boxes) and a DTU. The M3 kernel is running on a dedicated core and remotely controls the other cores by configuring their DTUs accordingly. With this, M3 assigned a number of cores to each of the two applications in this example. Furthermore, M3 hosts a filesystem service on one core, which hands out memory capabilities to requesting applications, giving direct access to the data of the file in the global memory.